What does “qui tam” mean? 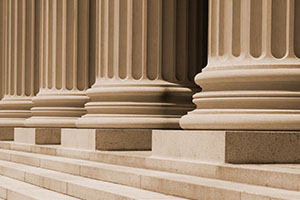 Cases brought under the False Claims Act are sometimes referred to as “qui tam” actions. This is a legal nod to the days of common law when litigants could ask the Courts to issue a Writ of Qui Tam. “Qui Tam” is shortened version of the Latin phrase “ qui tam pro domino rege quam pro se ipso in hac parte sequitur,” meaning “who sues in this matter for the king as well as for himself.” The ancient writ allowed commoners to sue for economic damages that been inflicted against the King.

American courts no longer issue Writs of Qui Tam, but the False Claims Act allows for the same type of remedy. Thus, the Act allows a private citizen to become a whistleblower and bring a lawsuit “in the name of” the Government (we don’t have Kings anymore) and sue for harm suffered by the government.

Whistleblowers who bring qui tam lawsuits are also called “Relators.” Relators are sometimes employees or ex-employees of the fraudster, but not always. A Relator might be also be a competitor, an independent contractor, or anyone else who knows about the fraud.

A Relator does not sue to recover money for himself or herself. Instead, the Relator stands in the shoes of the Government and asks the jury or court to award money to the Government for damages suffered by the Government.

As an incentive to report fraud, the False Claims Act allows Relators to share in the Government’s recovery and receive from 15% to 30% of the money recovered, depending on a number of factors.

Please Note:Rabin Kammerer Johnson provides these FAQ’s for informational purposes only, and you should not interpret this information as legal advice. If you want advice as to how the law might apply to the
specific facts and circumstances of your case, please click here to contact one of our attorneys.