What is a Sham Medical Director Agreement? 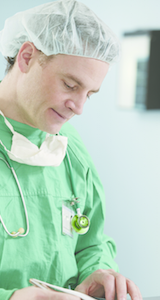 For most healthcare facilities, the lifeblood of revenue consists of referrals from physicians. This creates a powerful incentive for healthcare facilities to offer kickbacks to physicians in exchange for referrals. For this reason, the federal healthcare laws, including the Stark Law and the Anti-Kickback Statute, have set up a variety of prohibitions to make sure that physicians make referrals based on the best interests of the patient, rather than the best interests of their own pocketbooks.

Unfortunately, many unscrupulous healthcare facilities seek to circumvent the Stark Law and the Anti-Kickback Statute by hiding kickbacks in the form of sham Medical Director agreements. The scheme typically works as follows:

If a healthcare facility enters into a bogus or sham Medical Director agreement as a means to pay kickbacks to a physician, then all claims submitted to the government related to those referrals are “false claims” within the meaning of the False Claims Act. Whistleblowers who report sham Medical Director agreements could be entitled to a reward based on a percentage of damages recovered by the Government.