What is set-aside contract fraud? 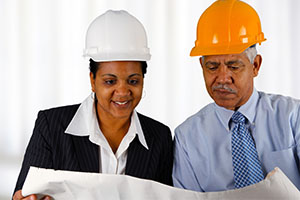 An area of federal spending ripe for fraud is the government procurement process for small and disadvantaged business enterprises (DBEs). The United States government is the world’s largest consumer of goods and services. Federal statutes dictate that a percentage of government purchases and contracts must go to small, minority-owned, women-owned, veteran-owned, and service-disabled-veteran-owned businesses. These federal regulations require that a portion of government procurement contracts be reserved or set aside for these types of businesses without putting the contracts up for competitive bid. The dual purpose behind these federal set-aside requirements is to forbid gender or racial discrimination in government contracting and to level the competitive playing field for disadvantaged businesses as to traditional more-established businesses in securing government contractual work.

When unscrupulous business owners falsely claim that they qualify to obtain government contracts under these set-aside programs, both taxpayers and the legitimately-qualified disadvantaged businesses suffer. In general, to qualify for a small or disadvantaged business government set-aside contract, a business must have less than 500 employees and less than $5,000,000 annual revenue. In addition, to further qualify for set-aside contracts as a minority-owned (MOSB), women-owned (WOSB), veteran-owned (VOSB) or service-disabled-veteran-owned small business (SDVOSB), a business must certify that it meets certain enumerated criteria, such as: a minority, woman, veteran or service-disabled veteran owns at least 51% of the business and unconditionally controls the day-to-day operations and management of the business. For the most part, these statutory criteria have been self-reported and self-certified, leaving the area open to fraud and abuse.

The dollar amount of fraud against United States taxpayers is staggering. Many mechanisms are in place to attack and deter government fraud, including criminal prosecutions and administrative and civil penalties and fines. One of the most effective tools to combat government fraud is found in the False Claims Act (FCA), 31 U.S.C. Sections 3729 to 3733. Under the FCA, a wrongdoer can be held liable for up to three times the amount of fraud it committed against the government. Cases brought under the FCA are often called qui tam or whistleblower actions.

With the recently enacted changes (August 27, 2013) to the Presumed Loss Rule of the Small Business Administration Act, qui tam whistleblowers have even more power to hold contractors who pretend to be small businesses accountable for fraudulently obtained government contracts. Under the amended Presumed Loss Rule, a contractor misrepresenting itself as a qualified small business (a false certification) can be held liable for three times the amount it received under a government contract EVEN IF the government received the full benefit of the contractor’s services.

Prior to the enactment of these changes, unqualified contractors who misrepresented themselves as small businesses and who illegally obtained set-aside contracts were only subject to civil penalties of $5,500 to $11,000 per false claim (or false invoice). These fraudulent contractors would often successfully claim as a damages defense that there was no loss to the government because the contractor had provided the services contracted for by the government. This defense did not take into account the loss suffered by small and disadvantaged businesses who were cheated out of the government contract work specifically set aside for them. The defense also gave an unfair advantage to unscrupulous contractors over legitimate contractors who followed the rules and complied with the requirements for set-aside contracts and competitive bidding processes. The amended Presumed Loss Rule combined with the False Claims Act now holds businesses liable for three times the amount of the contract dollars they falsely obtained from the government.

If you know of a business, contractor, or subcontractor taking unfair advantage of set-aside government contracts for small or minority-owned, women-owned, veteran-owned, or service-disabled-veteran-owned businesses, you may qualify as a whistleblower. Whistleblowers who report the fraud can recover a monetary percentage of up to thirty percent (30%) of the amount of loss recovered by the government (calculated with triple damages).

Please Note:Rabin Kammerer Johnson provides these FAQs for informational purposes only, and you should not interpret this information as legal advice. If you know about government fraud and want advice as to how the law might apply to the specific facts and circumstances of your case, please click here to contact one of our attorneys.