What is the False Claims Act? 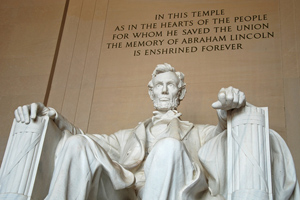 The False Claims Act works so well because it encourages those who know about fraud to blow the whistle and report wrongdoing. In general terms, the False Claims Act prohibits people or companies who do business with the Government from doing the following:

If a private citizen knows that somebody has committed one of the above violations, the False Claims Act allow that person to become a whistleblower by filing a lawsuit in federal court. The lawsuit remains under seal for at least 60 days, usually longer. During that time, the Government investigates the allegations of the lawsuit and then makes a decision whether to intervene, which means to take over the case. If the Government declines to intervene, the whistleblower has the option to continue the lawsuit on his or her own in order to prosecute the fraud on behalf of the Government.

The False Claims Act provides powerful remedies for the Government. If a Defendant violates the Act, the Defendant can be held liable for up to three times the amount of damages suffered by the Government, as well as penalties.

Please Note: Rabin Kammerer Johnson provides these FAQ’s for informational purposes only, and you should not interpret this information as legal advice. If you want advice as to how the law might apply to the specific facts and circumstances of your case, click here to contact one of our attorneys.