What Are The Consequences And Standard For Spoliation Of Evidence? 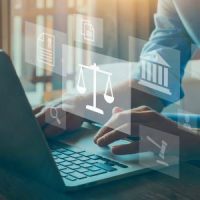 If you are anticipating litigation, or are already involved in pending litigation, you should strongly consider changing the settings of your electronic devices to avoid accusations of spoliation later on in the litigation.

The term “spoliation” refers to the destruction or significant alteration of evidence, including the failure to preserve evidence.  To ensure that parties in litigation do not abuse the judicial process, Florida law makes clear that the parties have an affirmative duty to preserve evidence.  Any breach of that duty, and any resulting destruction or deletion of evidence, may result in some serious consequences.  Such evidence includes, but is not limited to, emails, text messages, and social media posts stored on electronic devices, also known as electronically stored information (“ESI”).

Pursuant to Florida Rule of Civil Procedure1.380(e), ESI is spoliated if it (1) should have been preserved due to the anticipation or conduct of litigation, (2) is lost because a party failed to take reasonable steps to preserve it, and (3) cannot be restored or replaced through other discovery measures.  Florida law differentiates between two different scenarios where evidence has been destroyed or deleted: negligent spoliation and intentional spoliation.

In the first scenario, negligent spoliation, if the court finds that the discovering party is prejudiced from the loss of evidence by the other party, the court may implement measures “no greater than necessary” to cure the prejudice.  Fla. R. Civ. P. 1.380(e).  Such measures might include imposing an adverse evidentiary inference or adverse presumption during trial that will address the missing evidence.  An example of negligent spoliation is where a party has a setting on his or her phone or email that automatically deletes text messages or emails after a certain period of time, and the party does not disable this setting once it anticipates or is a party to litigation.

The first question is often answered easily with testimony or physical evidence that the evidence at issue once existed.

As to the second question, “Florida courts have…found a duty to preserve evidence in other circumstances when a party should reasonably foresee litigation.”  League of Women Voters of Fla. v. Detzner, 172 So. 3d 363, 391 (Fla. 2015); see also American Hospitality Management Co. of Minnesota v. Hettiger, 904 So. 2d 547, 548 (Fla. 4th DCA 2005).  At a minimum, a duty to preserve triggers once litigation has commenced.

The third question is where Florida courts encounter the most difficulty in deciding whether to find spoliation has occurred.  In answering this question, “there must be ‘some showing indicating that the destroyed evidence would have been relevant to the contested issue.’”  Adamson v. R.J. Reynolds Tobacco Company, 2021 WL 3073670, at * 6 (Fla. 4th DCA July 21, 2021).  The courts also caution that “[c]ourts should take care ‘not to require too specific a level of proof,’ because ‘holding the prejudiced party to too strict a standard of proof regarding the likely contents of the destroyed evidence would subvert the prophylactic and punitive purposes of the adverse inference ….’”  Id.  In other words, given that the discovering party has not done anything wrong, courts should not be too strict in answering the third question in the affirmative.

If the answer to all 3 of these questions is “yes,” then the court may implement any of the sanctions discussed above.

Preserving evidence when litigation is anticipated or already exists is serious business, and attorneys must be proactive in communicating this duty to their clients.  When evidence disappears–whether intentionally or negligently–the litigation rarely goes well for the spoliating party once the discovering party learns that spoliation has occurred.