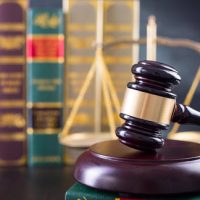 In the life cycle of a qui tam case, it is common for a whistleblower (also referred to as a “relator”) to learn that another whistleblower has brought a qui tam action against the same defendant for the same or a substantially similar fraudulent scheme. For the second-filed (or third-filed, and so on) case, the “first-to-file bar” may preclude later-filed actions from proceeding against the same defendant for the same alleged fraud. When confronted with this situation, if the whistleblowers in the related cases offer complementary information toward proving the alleged fraud, the whistleblowers will often enter into private relator-sharing agreements and join forces to litigate their actions together. Doing so, however, gives rise to a host of procedural questions, not the least of which is what effect, if any, will the first-to-file bar have on the relators’ decision to jointly litigate their cases.

For instance, imagine a scenario where the first-to-file relator brought its action in one federal district court, and the second-to-file relator initiated its action in another. If the United States declines to intervene in both actions, and the two relators decide to jointly litigate their cases, the question becomes how can and how should the whistleblowers proceed? Can one relator voluntarily dismiss its case and the other relator move for leave to amend its complaint to add the voluntarily dismissed relator? Does such a course of action implicate the first-to-file rule?

There are few appellate cases that address the question of whether the first-to-file rule precludes the addition of a second relator to an existing case. And federal district courts have come out both ways on this issue with several courts concluding that adding a relator to an existing case triggers the first-to-file bar, and other courts allowing for such amendments under Federal Rule of Civil Procedure 15 (amendments to pleadings), but not Rule 24 (intervention by a non-party).

The False Claims Act’s (“FCA”) first-to-file rule provides: “When a person brings an action under [the FCA], no person other than the Government may intervene or bring a related action based on the facts underlying the pending action.” 31 U.S.C. § 3730(b)(5). The principal circuit court case addressing the issue of whether additional relators may be added to an existing qui tam case—United States ex rel. The Precision Co. v. Koch Indus., Inc., 31 F.3d 1015 (10th Cir. 1994)—holds that Rule 15 amendment in an FCA case, unlike Rule 24 intervention, does not implicate the first-to-file bar where the relators are either related to one another, or their actions raise common issues of fact and law.

A sampling of the decisions that have been persuaded by the reasoning in The Precision Co. v. Koch Indus., Inc. include:

Examples of decisions that have come out the other way to find that the addition of a relator to an existing qui tam case implicates the first-to-file bar include:

In light of district court decisions coming out both ways and the dearth of controlling appellate cases on the question of whether a whistleblower can add a co-whistleblower to its existing action without implicating the first-to-file bar, whistleblowers and their counsel should carefully consider the potential risk posed by the first-to-file bar and strategize how to jointly litigate their cases without triggering its application.

If you have any questions regarding adding additional relators to an existing qui tam case and the potential first-to-file bar implications of such action, contact the attorneys at Rabin Kammerer Johnson in West Palm Beach at 561-659-7878.

Skip footer and go back to main navigation