The Importance of Whistleblowers to Help Detect Crime and Fraud 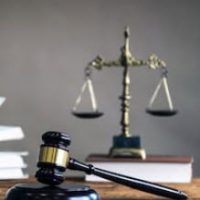 Whistleblowers are people who expose activities that are considered unethical or illegal. Some government programs, like Medicare, rely heavily on whistleblowers to uncover criminal activity. In a recent interview, former Attorney General Jeff Sessions said more than 10 percent of Medicare’s budget is lost to waste and fraud. He went on to state that far too many taxpayer dollars are lost due to health care fraud every year, and everyone must remain vigilant to help combat this type of fraud. Every dollar that is lost to fraud is less money available for life-saving services required for Medicaid and Medicare beneficiaries.

Whistleblowers and the False Claims Act

The federal False Claims Act (FCA) includes one of the strongest whistleblower protection provisions in the country. Under the FCA, someone with evidence of wrongdoing involving a federal contract or program has the authority to sue the offender on behalf of the federal government. These actions are referred to as qui tam actions, and the government has the right to intervene and take over with the lawsuit. In the event the government declines to become involved, the individual is free to pursue the claim on their own. In the event the government or another private party has already initiated an FCA lawsuit utilizing the same evidence you have, you are barred from bringing a separate, subsequent lawsuit.

In the 2017 fiscal year, the Justice Department reclaimed nearly four billion dollars in judgments and settlements that involved false claims or fraud against the United States government. Of this total, $2.4 billion was related to the healthcare industry, which includes hospitals, laboratories, pharmacies, physicians, and drug companies. This number reflects federal losses only. Many of these lawsuits also included millions of dollars in state Medicaid programs.

What Actions are Illegal Under the FCA

A number of activities are deemed illegal under the FCA. Some of these include:

Whistleblowers are integral to uncovering much of this illegal activity. Most of the actions covered under the FCA have an element of intent. This means the person had to know they were performing the act in question.

It’s important that if you plan to initiate a whistleblower lawsuit, you speak with a skilled West Palm Beach qui tam attorney. In order to be eligible for a portion of the award, or to be protected by whistleblower provisions, you must follow the guidelines. If you forget a step or make a claim too early, you may not be successful. The attorneys at Rabin Kammerer Johnson have experience in whistleblower claims. Call our office at 561-659-7878 to schedule a consultation.

Skip footer and go back to main navigation