Can a whistleblower be fired? 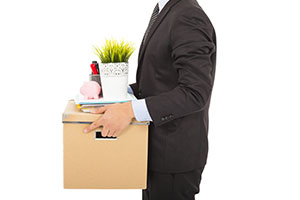 No. Under the laws of most states, it is illegal for an employer to retaliate against a whistleblower who has reported, or attempted to report, the illegal conduct of the employer. Retaliation is not limited to firing, but also includes demotion, suspension, pay reduction, unfavorable job transfer, harassment, unfavorable changes to job duties, and other forms of adverse treatment in the workplace.

Unfortunately, the fact that retaliation is illegal does not mean that employers won’t do it.

If a qui tam whistleblower suffers retaliation, he or she has a claim against the employer under the False Claims Act, 31 USC § 3730(h). To prevail in a retaliation claim, the whistleblower must prove the following:

As stated, many states have their own whistleblower laws, which prohibits employers from retaliating against employees for reporting the illegal conduct of their employers.

Accordingly, an employee who has just been fired for reporting the illegal conduct of their employer has a number of difficult legal decisions to make including

These are difficult strategy decisions that need to be made with the advice and guidance of a lawyer who is skilled in both qui tam cases and retaliation cases.

Please Note:Rabin Kammerer Johnson provides these FAQ’s for informational purposes only, and you should not interpret this information as legal advice. If you know about government fraud and want advice as to how the law might apply to the specific facts and circumstances of your case,
please click here to contact one of our attorneys.