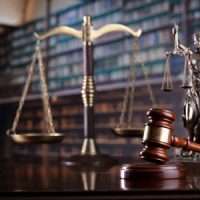 The firm recently prevailed in the defense of its client in a multiparty federal court action in which the Plaintiff sued the second largest CBD retailer in the U.S., for misappropriation of trade secrets and deceptive and unfair trade practices. The case, Healthcare Resources Management Group, LLC v. Medterra CBD, LLC et al. (Case No. 9:20-cv-81501-WM), was litigated in the U.S. District Court for the Southern District of Florida.

The lawsuit was the second action filed by Plaintiff against the Client within a year. In the first action (“First Action”), the Court dismissed the case without prejudice on procedural grounds. Several months after the dismissal of the First Action, however, Plaintiff re-filed the lawsuit (“Second Action”).

The underlying allegations in Plaintiff’s Complaint were that the Client was liable for misappropriating Plaintiff’s secret formula where (a) the Client was bound by a non-disclosure agreement (NDA); and (b) the Client knew Plaintiff had a proprietary formula in the CBD-based cooling cream and, nonetheless, proceeded to commercially utilize the formula to generate significant profits.

The Court granted summary judgment in the Client’s favor on Plaintiff’s claims for misappropriation of trade secrets and FDUTPA, and the Client is now pursuing an award of its attorney’s fees incurred in both actions.

If you know someone who is involved in a dispute involved an alleged theft of trade secrets or deceptive and unfair trade practices, contact us at 561-659-7878.