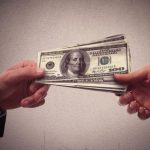 Each year in the United States, a number of investors become unsuspecting victims of fraudulent investment schemes and various securities law violations. There are some instances where investors may be eligible to receive funds recovered from the fraudsters. There are a number of SEC protections that help investors, but not everyone will be able… Read More »

As contingency fee lawyers, we evaluate a steady stream of potential securities fraud cases. We meet with investors of all ages and backgrounds who have been cheated, defrauded and tricked into making bogus investments. We evaluate far more cases than we agree to take. One of the most difficult types of cases that we… Read More »

In the wake of the recent presidential election, speculation abounds that President-elect Trump will kill the Department of Labor’s so-called fiduciary rule, set to take effect in April 2017. Wall Street hates the new rule, as it imposes significant obligations upon them when dealing with IRAs and other retirement accounts. Prior to the new… Read More »

Offers to Recoup a Lost Investment: Are They Legitimate?

If you have lost money in a securities investment, obviously you would be happy to recoup some of those funds. Many companies that offer assistance with recovering lost capital, however, are likely fraudulent. A company may sound credible, have authentic looking documents, and a fancy website, but if the deal sounds too good to… Read More »

Prime Bank Instrument Fraud If you have been approached to invest in “prime bank” instruments, don’t do it! It is a scam. Prime bank scams purportedly involve the trading of prime bank instruments issued or guaranteed by financial institutions such as the World Bank, the International Monetary Fund, or the U.S. Federal Reserve Bank…. Read More »

Check Cashing Scams: Read This Before You Cash That Check

One scam still making the rounds is the fake check scam. The way it generally works is this. You receive an authentic-looking check in the mail that appears to be from a real company. Along with the check, you receive instructions to deposit the check and transfer a portion of the money to someone… Read More »

Be Wary of Zika-Related Investments

The SEC has issued an Investor Alert regarding fraudsters attempting to profit by exploiting the dangers associated with the Zika virus. For those not following the news, Zika is a tropical disease transmitted by mosquitoes. Outbreaks have been reported in South America, with cases popping up in the United States. Zika infections in pregnant… Read More »

The Financial Industry Regulatory Authority (“FINRA”) has issued an investor alert regarding scams pitching investments in marijuana-related stocks. Currently, medical marijuana is legal in 20 states and the District of Columbia. Recreational marijuana is legal in Colorado and Washington state. With all the press surrounding the legalization of marijuana, FINRA has already seen scams… Read More »

4 Tips to Guard Against Investment Fraud