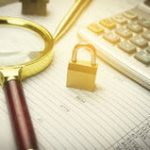 The term “Blue Sky Laws” are state regulations that are designed to protect potential investors against securities fraud. They require sellers of new issues to register the offerings, along with providing applicable financial data, unless there is some sort of exemption. This helps give investors more peace of mind when it comes to investing… Read More »

What is the Process for a Court to Appoint a Receiver for an LLC?

The headlines are full of stories of identity theft and investment fraud. There are steps you can take to keep from being an easy target. Guard your Social Security number! Memorize the number and don’t carry your Social Security card unless you know you are going to need it (for example, it’s your first… Read More »

Here’s something you probably don’t think about when you hire an investment advisor: who will I be able to sue if this person steals my money? Maybe you should think about it. Investment Advisor Fraud If you’re dealing with a major brokerage firm like Merrill Lynch, Morgan Stanley, UBS or Charles Schwab, the answer… Read More »

We’re all familiar with the phrase “conspiracy theory” from the movies and John Grisham novels. We also know that such theories are commonly used in federal and state criminal courts to allege a host of jointly committed crimes. But do conspiracy theories apply in civil cases? Yes, in fact, a specific cause of action for civil… Read More »

FINRA recently released an Investor Alert, entitled Tools of the Fraud Trade: Phones and Emotions, warning seniors and other investors about a new IRS impersonation scam. The basic scam involves a very aggressive and authoritative caller who tells the victim that he or she owes back taxes and proceeds to demand immediate payment of… Read More »

The Department of Justice announced that high-ranking officials of the governing body for soccer worldwide – referred to as “football” outside of the United States – the Fédération Internationale de Football Association (“FIFA”), and others have been charged with racketeering, wire fraud, money laundering, and bribery. According to the Justice Department, the soccer officials… Read More »

According to the Department of Justice, rating agency Standard & Poor’s Financial Services, LLC (“S&P) and its parent company McGraw Hill Financial, Inc. have agreed to settle multiple lawsuits brought by the federal government, 19 states, and the District of Columbia concerning ratings S&P gave to certain mortgage securities just before the 2008 financial… Read More »