Blowing the Whistle on Money Laundering 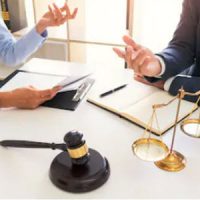 South Florida is the money laundering capital of the world.  Each year, crooked banks, bankers and criminal enterprises move millions of dollars of illicit funds through South Florida banks.   In the process, they convert unusable criminal proceeds into seemingly “clean” laundered cash.

As whistleblower lawyers, we have received numerous calls over the years from bank employees and others who know about money laundering and want to report it.  Unfortunately, there has never been a law to provide sufficient incentives or protections for these would-be whistleblowers.   Until now.

Last week, Congress passed the Anti Money Laundering Act of 2020.  With the passage of this Act, for the first time, whistleblowers have real incentives and protections to come forward and blow the whistle on money laundering.

Prior to the new law, the government had a program in place that that allowed money laundering whistleblowers to report fraud, but it capped whistleblower awards at only 25% of any penalties imposed or $150,000, whichever was less!   This provided virtually no incentive for an honest bank employee to risk losing their job, let alone to risk running afoul of some drug cartel or Russian oligarch.  The law was virtually meaningless.

The new law is different. Codified at 31 USC 5323, the new law allows for whistleblowers to come forward with information about money laundering activity and to receive a reward of up to 30% of any monetary sanctions imposed upon the wrongdoer.  This could include crooked banks, bankers or other defendants.  Based upon the size of monetary sanctions imposed in previous money laundering cases, this means whistleblowers now stand to receive awards measured in the tens or hundreds of millions of dollars.

Anyone can become a whistleblower, so long as they are not a current government employee who learns the information while acting in the course of their normal job duties, like a bank examiner or IRS agent.   The best whistleblowers, of course, will normally be bank employees or other insiders who know the precise details as to how the bank or other wrongdoer is executing the money laundering scheme.

The new law also provides substantial protections from retaliation by banks and other companies that attempt to fire, demote, or take other hostile action against the whistleblower.  Under the law, the whistleblower can sue his or her employer for any illegal retaliation and recover monetary damages, on top of any whistleblower award recovered.

If you work for a bank, financial institution or other company, and you believe you have observed illegal money laundering, call our office for a free consultation. The consultation will be completely private. You may be entitled to file a claim under the Anti Money Laundering Act 2020 and receive a reward.