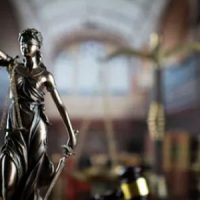 In April 2021, the Department of Health and Human Services, Office of Inspector General (HHS-OIG) released a report regarding a Medicare Advantage Compliance Audit of one of the country’s major Medicare Advantage Organizations, Humana, Inc.   The audit covered only one year, 2015, and one particular contract.  The audit selected a random sampling of 200 Medicare enrollees, mostly in South Florida, and analyzed whether the diagnosis codes for these enrollees complied with federal rules and regulations.

The result of the audit was (surprise, surprise) CMS overpaid Humana by approximately $197 million in a single year.

This audit highlights many of the problems with the Medicare Advantage program.  Under the program, CMS makes monthly payments to Medicare Advantage Organizations, mostly big insurance companies, based on the individual characteristics of Medicare beneficiaries, such as age, gender, geographic location, and health status.   Health status is determined based upon a series of health diagnosis codes, which are supposed to be collected and documented by health care professionals, such as doctors and hospitals.

Incorrect diagnosis codes can lead to overpayment (and more profits).  Indeed, HHS estimates 8.1% of all payments to Medicare Advantage Organizations for calendar year 2016 were improper, mainly due to unsupported diagnosis codes.  To put this in perspective, CMS pays approximately $209 billion annually to Medicare Advantage Organizations.  This amounts to over $16.9 billion in improper payments.

In the Humana audit, HHS found two main problems.   First, the audit revealed many diagnosis codes that were simply not supported by medical records. This means there was nothing in the patient’s medical records to support the diagnosis at issue.

Second, Humana had insufficient procedures in place to prevent, detect and correct noncompliance with federal rules and regulations.  In other words, Humana did not have a sufficient basis to detect when medical records failed to support the diagnoses codes being submitted to CMS.

The HHS report did not go so far as to accuse Humana of fraud, but it did recommend that Humana refund approximately $197 million to the federal government.

In the HHS audit report discussed above, HHS highlighted cases where Medicare Advantage enrollees had been assigned diagnosis codes that were not supported by the patient’s medical records.    In other cases, doctors and insurance companies have assigned diagnoses codes contradicted by the patient’s medical files.  These bogus diagnoses can have far reaching consequences, not only because they cheat the taxpayers, but because they are potentially harmful to patients.   Once a patient receives a diagnosis of heart disease, for example, subsequent physicians and medical providers will rely upon that diagnosis, even though the patient never had it in the first place!

Substantial efforts are needed to reform the Medicare Advantage program. Whistleblowers play a vital role. If you know about false coding and upcoding taking place at a doctor’s office or at a Medicare Advantage Organization, please contact us for a free consultation. You may be entitled to become a whistleblower under the False Claims Act.