Tax Fraud Costs the Government up to $1 Trillion Per Year 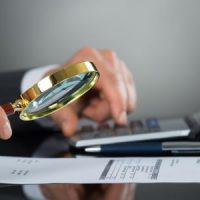 On April 9, 2021, the Commissioner of the Internal Revenue Service, Charles Rettig, testified before the Senate Finance Committee regarding the so-called “tax gap,” which represents the shortfall between the amount of taxes that should be paid each year versus the amount actually collected.  Rettig estimated the current the tax gap could be as high as $1 trillion, much of this due to tax fraud.

The IRS Whistleblower program can and should play a role in closing this gap.  Unfortunately, as Rettig noted, the size of the IRS enforcement division has declined sharply in recent years due to cuts in funding.  Hopefully, this will change soon as the new administration has proposed a 10% increase in funding for IRS enforcement efforts.

This is welcome news to lawyers who represent IRS whistleblowers.  All too frequently, whistleblowers present the IRS with information on the proverbial “silver platter” to prove multimillion dollar tax fraud, only to watch the matter languish because the IRS does not have enough resources for a proper investigation.  As Rettig noted during the Senate hearing, the IRS estimates that a large portion of the tax gap can be attributed to tax fraud committed by wealthy individuals and large corporations.

Whistleblowers play a key role in combating tax fraud because they are usually insiders who possess the crucial evidence necessary to proving tax fraud.  Indeed, Whistleblowers often have access to evidence that normal IRS auditors might never find, because tax cheats make deliberate efforts to hide that very evidence!  Under Section 7623(b) of the Internal Revenue Code, the IRS is authorized to pay monetary awards to whistleblowers for information leading to the underpayment of taxes. The program only applies when the amount of underpaid taxes exceeds $2 million. If the whistleblower’s tip leads to collection of unpaid taxes by the IRS, the whistleblower can receive a reward of between 15% and 30% of the collected proceeds.

The IRS whistleblower program has had some enormous victories in the past, but these victories are the tip of the iceberg.  If the IRS enforcement divisions had the resources necessary to properly investigate the IRS whistleblower cases currently on file, it would go a long way to closing the $1 trillion tax gap.

The IRS Whistleblower program can be difficult to navigate, especially if you attempt to do so without a lawyer who has been through the process before.  If you think you have a potential IRS whistleblower claim, contact one of our lawyers for a free and confidential consultation.