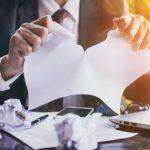 How to Dissolve a Corporation

Unless a limited duration is expressly noted in the articles of incorporation, a corporation exists in perpetuity. Therefore, in order to dissolve a corporation, formation action must be taken by the corporation itself, or by others, in order to terminate its existence. Corporations can be dissolved in one of two ways: voluntary or involuntary…. Read More » 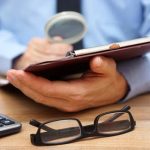 How Do Shareholder Derivative Suits in Corporations Work?

We’ve written on this blog about how “derivative actions” work under Florida’s Revised LLC Act.  As we’ve previously explained, a derivative action is a method by which a minority member can bring a claim in court in the name of the company.  Often, these suits are used to recover damages from controlling shareholders or… Read More »

Professional Corporations and Limited Liability Companies – Like Ordinary Corporations and LLCs, Sort Of. Like many other states, when licensed professionals – like doctors, lawyers, dentists, accountants, architects, and insurance agents, to name a few – form companies to do business, they do not form your run-of-the-mill corporation or LLC.  Instead, they form professional… Read More »

One of the most effective tools for a party taking discovery in Florida state court is taking the deposition of the corporate representative of a party or non-party corporate entity.[1] This form of deposition allows a party to avoid having to depose numerous witnesses to determine a corporation’s position on various issues in the… Read More »

The Myth of the Closely-Held Corporation

Florida Law: Closely-Held Corporations A closely-held corporation, also called a close corporation, is generally defined as a corporation in which the stock is not freely traded and is held by only a handful of shareholders. While this term has been used frequently by Florida courts to describe small, family-held corporations (a single search on… Read More »